An AHU, also known as an air handling unit, is a factory-made bespoke case assembly, often made from anodised aluminium or plastic coated galvanised steel (GSS).  Thermal and acoustic insulation is enclosed between the outer and inner skins to reduce noise of air handling units. The function in it’s basic form, is to distribute air within a building.

If you’re an air handling unit manufacturer and you’re looking for a  solution to your AHU fans supply issue then you’re in the right place, our Rosenberg centrifugal fans with free running impellers are designed for installation into appliances such as air handling units or multiple fan arrays. Our EC plug fans are available on short lead times. Talk to our specialist OEM team to discuss your industrial AHU fan requirements and to request a copy of our stock schedule.

The main function of an AHU is to distribute air within a building. They take fresh ambient air from outside, clean it, heat or cool it and then force it through ductwork to the required parts of a building. 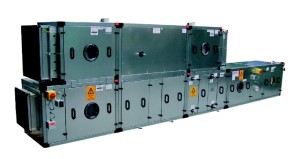 Physically, an air handling unit is a factory-made bespoke case assembly, often made from anodised aluminium or plastic coated galvanised steel (GSS).  Thermal and acoustic insulation is enclosed between the outer and inner skins to reduce noise of air handling units. Within this outer GSS casing, extraction fans and drives sit inside to perform the main bulk of work for the ventilation unit. The single fan or multiple ahu fans and other necessary equipment perform the fundamental functions of circulating, cleaning, heating, cooling, humidifying, dehumidifying and mixing of air.

Small air handlers for local use, are called terminal units. The air handler is normally constructed around a framing system with metal infill panels as required to suit the configuration of the components. Configurations will vary but over the last 30 years a fundamental shift away from belt driven older type centrifugal fans to more energy efficient EC plug ahu fans has made the air handling unit a much more efficient market sector.

As companies and the Government strive to reduce energy consumption within new and existing buildings the performance of plug fans for air handling units remains at the forefront. Learn more about the evolution of the plug fan and how it has impacted the market here.

Air handling units are found in medium to large commercial and industrial buildings and can be located on the roof, on the floors or within the basement. It is common to find multiple air handling units across a building as many serve single zones such a individual floors or rooms. Particularly old, high rise buildings may, however, have one large AHU, usually located on the roof that will serve the entire building. This is now seen as an inefficient design as these models relied on air leaking out of the building.

The fan pulls the air through the mixing box, filters and cooling coil before discharging it from the fan outlet to the space to be conditioned or to the ducting network. The design can be vertical or horizontal. In this case, the section before the fan has negative pressure.

The fan blows the air through the mixing box, filters and cooling coil before discharging them to the space being conditioned or the ducting system. In this case, the section after the fan has positive pressure.

The requirements on a ventilation system are not always the same. In many applications, all that is required is a straightforward exchange of air, whereas in other applications the requirements can vary according to the temperature, humidity and purity of the air. Noise is also a significant factor to consider when choosing AHU fan components.

The Role of the EC Plug Fan in Air Handling Units

The industrial fan is the work horse within an air handling unit. The AHU plug fan pulls the air in from outside and then through the dampers, filters and coils and then pushes this out into the ductwork around the building. As mentioned previously, belt driven or older forward curved centrifugal fans were, and still are, very common in old and existing AHU’s but EC plug fans are now being installed from new or retro fitted into existing air handling units for increased energy efficiency. Across the fan will be a pressure sensor, this will sense if the fan is running. If it is running it will create a pressure difference, this is used to detect a failure in the equipment and warn the engineers of the problem. There may be a duct pressure sensor shortly after the fan, this will read the static pressure and in some ahu’s the speed of the fan is controlled as a result of the pressure in the duct, so very often you will find a variable speed drive connected to the fan for variable volume systems.

The ductwork will then send the air around the building to the designated areas. Return ductwork coming back will return all of the used air from the building back to a separate part of the AHU. This return AHU is usually located near the supply, but it doesn’t have to be, it can be located elsewhere. 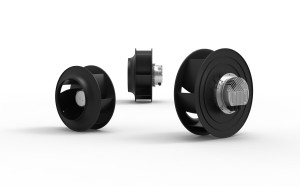 Our high performance centrifugal impeller without spiral housing, the E-Series “REVOLUTION” is a range specifically designed for volume flow. Manufactured from aluminium, the E series range is designed and manufactured especially for the use of larger volume flow and lower pressure coupled with superior noise reduction and quiet operation. The impellers are manufactured using a black, UV-stabilised, long glass-fibre reinforced polypropylene.

Weighing 1.22 kg/m³, e-series impellers from Rosenberg are extremely lightweight when compared with aluminium or steel alternatives. Therefore, the mass of inertia and start-up resistance is minimal. With improved dirt resistance, In-balance during operation is effectively eliminated. 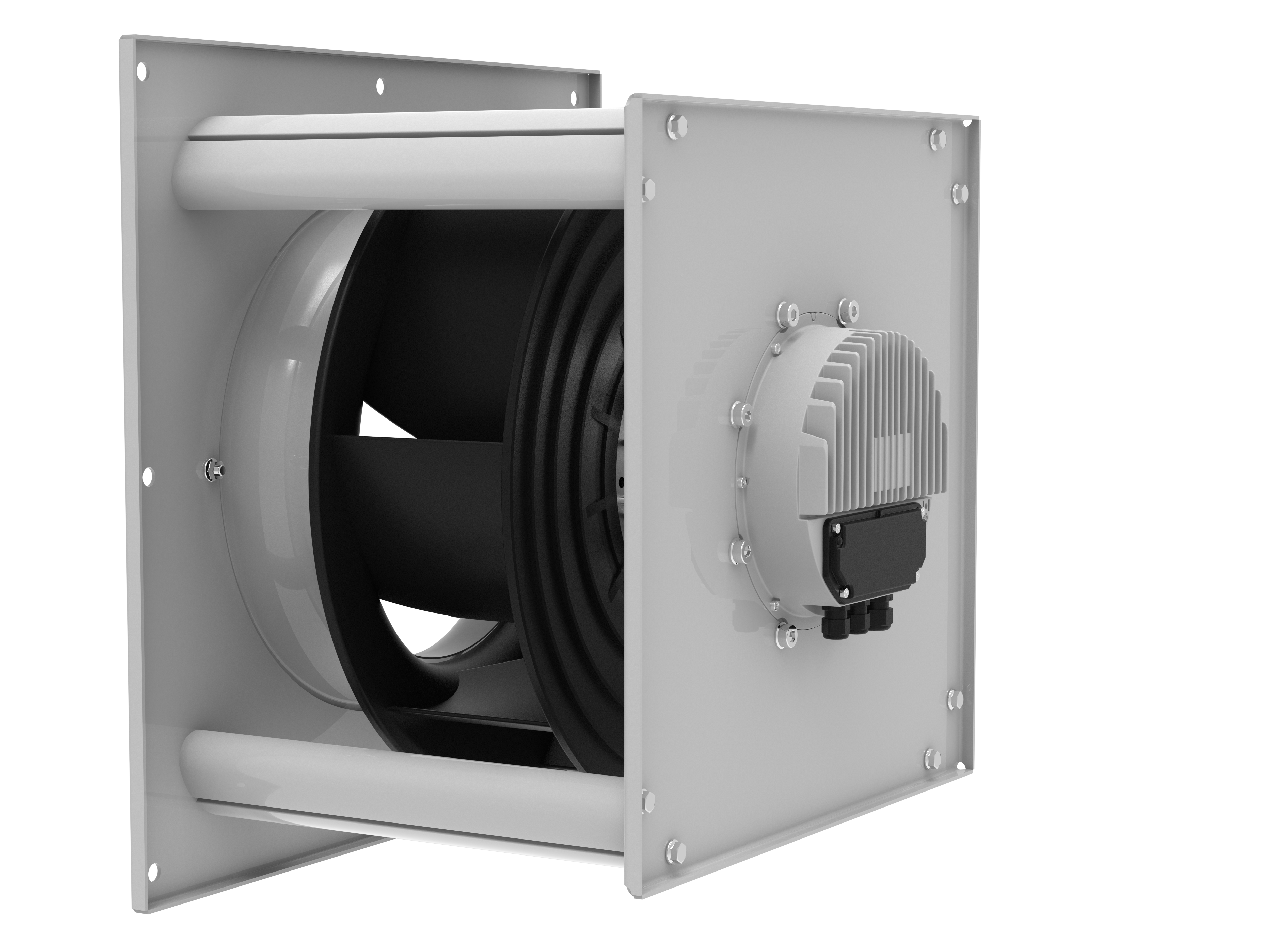 Our GKHM range of EC plug fan units are available as dual voltage 299-48VAC as standard:

Talk through your requirements with a specialist.