What are Thermoelectric Coolers? (TEC) 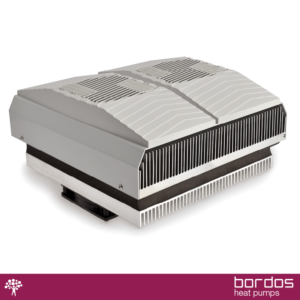 A thermoelectric cooler is a device used for the transfer of heat that achieves the same results as traditional compressor systems without the use of a gas or moving component…. if you exclude the fan. Quite simply, thermoelectric coolers are simply small static heat pumps to transfer heat which operate according to the Peltier Effect. These thermoelectric coolers present a cost effective solution for cooling electronic equipment housed in small enclosures that provide reliable performance with the CFC’s.

The Peltier Effect is one of three types of thermoelectric effect alongside the seebeck effect and the thomson effect.

What is the most important part of thermoelectric coolers?

The motor of the TEC system is known as the peltier module. Peltier elements can be connected in series to construct the cooling capability of the TEC. Generally the TEC has an array of cubes or pellets made of couples of semi conductors marked with different electrical charges, each of which is in contact with the radiators on the hot and cold side of the peltier element.  Peltier modules combine low energy requirements with the ability to provide both cooling and heating from the same element. These couples are laid between two ceramic plates, like a sandwich, that act as a mechanical support while also working as an electrical insulator. On applying a DC current to the module or TEC, the system starts to work, cooling a side of the module and warming the opposite one. The heat sink that heats up in the system can get very hot while the system is working, in this case it is necessary to incorporate a fan to dissipate the heat. Usually through the use of a compact frame axial fan. Normal Peltier modules are roughly a few cm’s thick and have a few mm on a side. To obtain greater cooling abilities, the individual elements are connected in stacks or they can be connected in some combination of series or parallel electrical connections.

What is the primary function of  thermoelectric coolers?

The primary function of the TEC or Peltier Units is to transfer heat using electricity without fluorocarbons or other contaminants. instead of conventional compressor systems, thermal peltier units are therefore safer for the environment, require no maintenance, are quiet and have a very long lifespan.

Where are TEC’s used?

Thermoelectric coolers are used in a wide raneg of demanding industries including laboratory, telecom, industrial and medical. The uses for these can be as important as temperature control for missiles and military equipment. Their capacity ranges from heat removal from milli-watts to several thousand watts. TEC’s are particularly effective in small applications where even the smallest vapour compressor system would provide much more cooling than necessary. In these situations the TEC provides a smaller, lighter and more reliable solution in comparison to the small compressor system.

For more information on our range of thermoelectric coolers or peltier modules to facilitate enclosure cooling, contact us on 01782 349 430