EMC (Electromagnetic Compatibility) testing exists to ensure that your electronic or electrical devices do not emit a large amount of electromagnetic interference (known as radiated and conducted emissions) and that your device continues to function as intended in the presence of several electromagnetic phenomena. 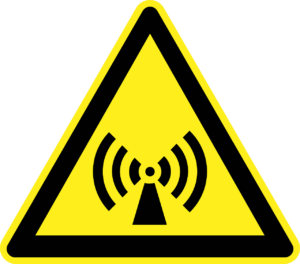 Generally, EMC or Electromagnetic Compatibility, should really not be difficult to understand, but as you know, the devil is in the details. Let us explain the topic in more detail. For those of you who are EMC-experts, we hope you excuse us for making some “non-scientific” simplifications.

The word EMC does not include the influence of electromagnetic waves (either desired or undesired) on biological systems. This is a much larger field and is covered by the expression “EMCE” (“E” is for environmental), which is not the topic here and is also not the field in which EM TEST works
Available upon request is an alternative version of our FPF fan filter units with a shielding against electromagnetic interference (EMI).
EMC Filter Units are protected by metalising all the plastic parts, connecting them together with an extra wire mesh, thus ensuring continuity between the filter kit and the cabinet.
For more information about our range of EMC Fan filters or how EMC affects other industrial fans, contact us on 01782 349 430 or email sales@axair-fans.co.uk. Follow our Social media for more news and updates from Axair Fans.