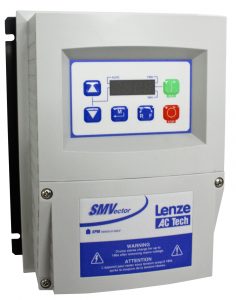 In today’s search for energy savings and generating power, an inverter is always something to consider. As technology has progressed we can now offer inverters that almost plug and run.

When generating electrical supply using Combined Heat and Power, this can produce a slightly unstable supply. A way to protect the motor in these circumstances is by using an inverter that can withstand a power supply that goes up and down within a certain tolerance.

This solution to an inconvenient problem was put into action when Axair supplied a number of fans to a site in Manchester who use fans to extract fumes from safety cabinets. These included S20-2L-1-B and S20-2M-1-B fans.

The site reported having problems with fans or fans had stopped working altogether. It was usually a case of fitting a new motorised impeller which then solved the problem. During visits from Axair and later inspections of the equipment back in our workshop, it was discovered that the motors either had a capacitor go down or the bearings were a little noisy.

With a reasonable time between visits, Axair wanted to get to the bottom of the problem to what was causing these failings. The motors appeared to be running hot which could have caused the capacitor to fail and also cause the motor bearings to make a slight noise. After questioning a number of people involved with the site, the Axair technical team suggested that overload relays were fitted to help protect the fan motor. However, there was still one failure after this idea was put into place.

It was then discovered that the electrical supply to the plant room had a direct effect on the electrical equipment. The supply was generated by Combined Heat and Power which can cause power surges or even drops in power, so Axair set about finding a way to protect the fan motor. After investigating inverters it was found that they can handle an electrical supply that is up and down within a tolerance.

After the next fan failure, a three phase motorised impeller and an inverter was fitted that was 230/1 in and 230/3 out to the fan motor. The motor was wired in delta and after setting the inverter to the correct settings there have been no reported problems since. For more information on inverters and their applications contact the Axair team today.

More Inverter News >> The Many Benefits of Using An Inverter >>