Jet Fans and induction fans at air entry and exit points create the induction phenomenon, extracting the air and smoke from the area. This ventilation system is based on the impulsion of a small amount of air at a high speed, which homogenises the rest of the air. The system also makes it possible to keep polluting gases at low concentration levels without the need to start up the whole of the car park’s ventilation system. By starting up just the induction fans, in combination with designing zoned or staged ventilation systems and a gas detection system, it is possible reduce power consumption and noise levels, and to extend the useful life of the equipment. With impulsion ventilation, it is possible to design smoke control systems to be used when there is a fire and which satisfy the three standards enshrined in British and Belgian regulations. 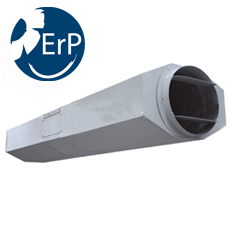 Powerful jet fans especially designed for tunnel ventilation for the smoke extraction in case of fire 400ºC/2h, 300ºC/1h and 200ºC/2h according to model. 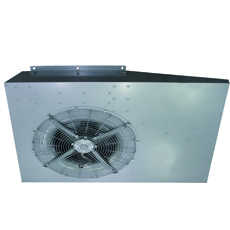 These regulations form the basis on which the European Committee for Standardisation is drafting the future European Smoke Control in Car Parks Standard – EN 12101-11 and assist in:

• Extraction the smoke during and after the fire (smoke clearance)

• They facilitate the work of the fire service (fire fighting)

• They facilitate the safe evacuation of occupants (means of escape)